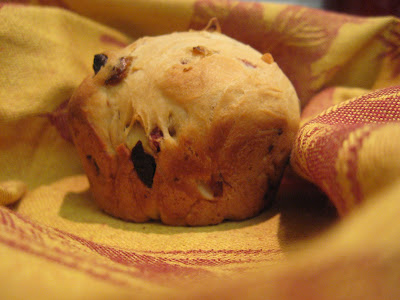 There was no escaping it, I knew I'd have to make the Panettone. No more excuses. This is a two day bread. On day one the candied fruit mixture had to be prepared, mixed with alcohol and extracts. I couldn't bring myself to purchase candied fruit, so a mixture of dried cranberries, cherries and golden raisins were added to brandy, vanilla and orange extract. Several options for liquors were suggested to flavor the fruit. I actually have a wide variety of alcohol left over from our wedding. My young adults inform me that all the labels have changed from when we were married. So Tom and I got married before there were ipods, cd players, or google. I am hoping that the alcohol doesn't care how old it is and has aged nicely. I added vanilla to the mixture. Peter prefers the Fiori di Sicilia, a blend of extracts and floral oils. However, I was fairly certain that I would not enjoy the bread, so I couldn't see spending additional money when vanilla would work just fine. This was part of my problem with the bread. I'm not found of fruits in bread and I'm not that fond of alcohol unless it is in a margarita or dry wine. When I started with the panettone, I was afraid that I was making cough syrup. Medicinal, fruity. Pleasantly getting drunk on my counter. I added the orange flavor. I bought the tiniest amount I could, two 2ml vials from Dr. Oetker. The mixture sat on the counter overnight.

A mixture of milk, barm and flour was allowed to ferment at room temperature for four hours and then spend the night in the refrigerator. In the morning, it sat on the counter to take the chill off.

With the ingredients ready, the bread was easy to assemble. The starter and fruit were added to flour, sugar, salt, yeast, almonds, eggs and butter. The dough was allowed to rise and then shaped and allowed to rise again. 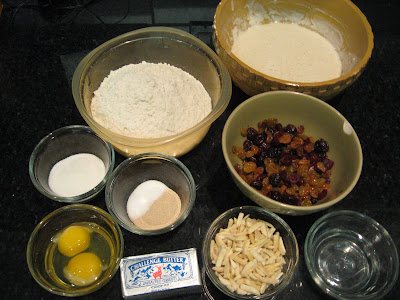 It took less time for the loaves to reach the 185 recommended internal temperature. The final results met with mixed reviews. The teenager wanted to know what all the stuff was in them. She won't eat raisins in cinnamon buns, what did I expect. The main stakeholder said that they weren't as bad as he expected. Me, it is a nice loaf. Tastes like alcohol and fruit, unfortunately.

There is one family member who thinks that the house is filled with a wonderful aroma, sure to be an enjoyable bread... 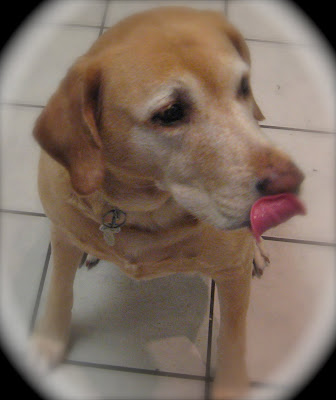