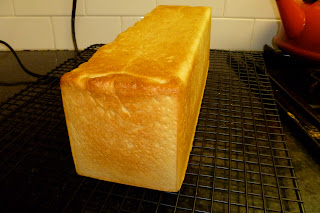 My husband asked when we were going to have homemade bread again.

I haven't baked bread for a couple of weeks.  I think that I was a little tired from my baking, feeding fest over Christmas where I tried to fatten my children.  Unfortunately, my children currently lack the fattening metabolism and the only person that I succeeded in fattening was myself.

In an attempt to become a little healthier, I have decided to try to incorporate more fruits and vegetables into my diet and to get more regular exercise.  I'm not an anticarb person, I just need to use a little more discretion about which ones are invited into my house and with what frequency.

January's Mellow Baker's  assignment includes three breads; golden raisin, pain de mie and a three stage sourdough rye.  I believe that I have mentioned that no one in my house eats cooked raisins.  Perhaps, on occasion, I have mentioned some of my trials with rye flour, so I opted for the pain de mie.  Hamelman and I have the same sized pain de mie pan.  I got mine on sale at King Arthur flour when they were releasing the newer, perhaps smoothier lidded, version.  A pullman pan is a rectangular pan with a lid.

I pull it out whenever I have the desire for a rectangular prism.  Which really isn't that often. 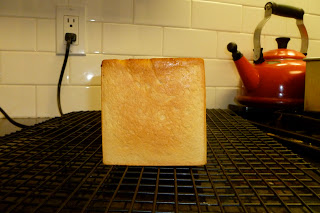 This was a very easy recipe.  The ingredients were assembled. 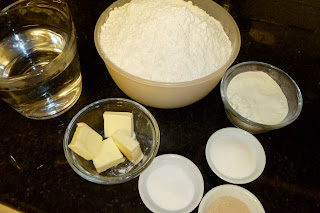 Bread flour, dry milk, salt, sugar, yeast, butter and water were combined.  The dough fermented for two hours, and then was shaped.  I had enough for one loaf in the pain de mie pan and then another smaller loaf.  My white bread loving husband was concerned that I was going to throw the dough out because it was too small.  Really...  The dough was shaped into the pullman pan and a smaller pan, and fermented again for an hour and then baked. 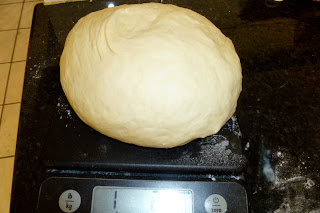 In the end you have made white bread, which isn't my favorite, but will make a fun breakfast. 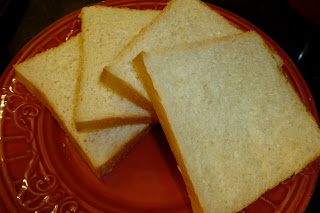 I was tempted to make french toast, but always wanted to try eggs in the nest. 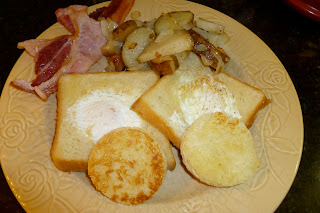