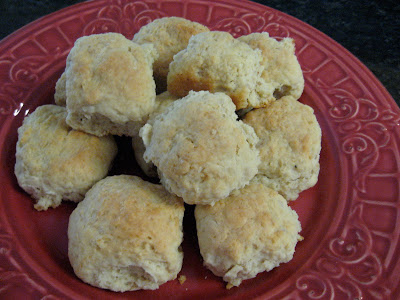 The Modern Bakers are baking our way through Nick Malgieri's The Modern Baker. We started with the quick breads. We have embarked on participatory group blogging. We claimed certain recipes to blog about and then bake/blog about whatever other recipes catch our fancy.

The sweet rusks for dunking appealed to me on several levels. Sweet rusks are a quick bread that have been baked so long that it becomes impossible to eat them without dunking them in tea or coffee. Nick says that sweet rusks are common in South Africa and the Netherlands. I work with a woman who is from the Netherlands; I am interested in her critique of the recipe.

I live in a house of backpackers. They have taken pilot biscuits, or hardtack, on some of their trips. I'm not sure that they enjoyed pilot biscuits but I hoped that the sweet rusks would be a delightful backpacking snack. 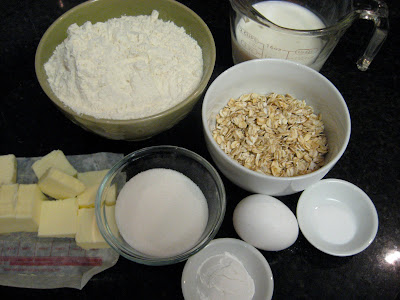 The flour, oats, sugar, baking powder and salt were combined in a food processor. 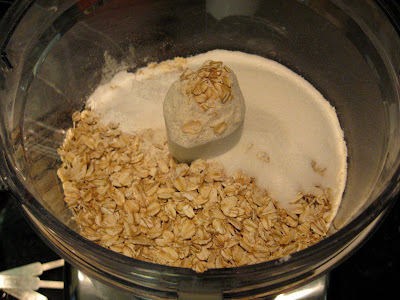 The butter was pulsed into the flour mixture. The egg was whisked into the buttermilk, then added to the processor. The mixture was dumped onto a floured surface divided into thirds. 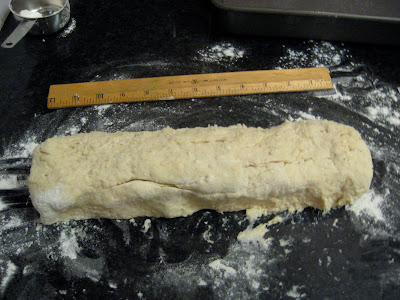 Each third was rolled out and then each log was divided into 12 pieces. At this point, I would suggest putting the remaining dough balls in the refrigerator. They quickly got more difficult to work with as they warmed up.

The pieces were supposed to be put in a 9 x 13 pan that had been coated with buttered foil. I missed that part. It is up by the ingredients in the top right. Any way, I sprayed my 9x13 pan with cooking spray and didn't have any problems. Nick wants you to put them 9 x 4 in the pan. I couldn't quite fit the 9 so ended up 7 x 5. 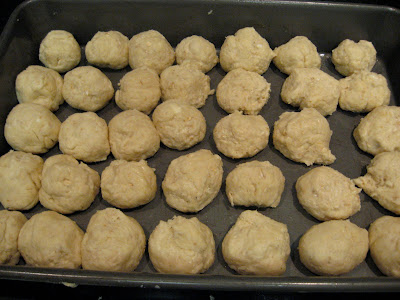 The rusks were baked until they were golden, in a 350 oven for 40 mins. 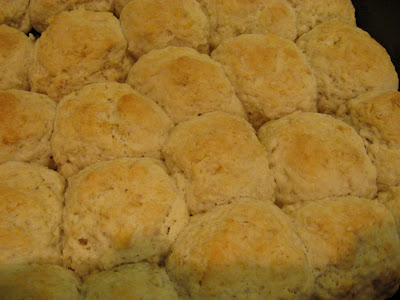 Then they were cooled, broken apart and then arranged on their sides onto cookie sheets.

At this point, some children came down the stairs and ate the not yet dried out biscuits and enjoyed them.


I think that if I had used a knife to separate the pieces, they would have been more prone to staying on their sides for the final drying period. They were returned to the 250 oven for 1.5 hours. 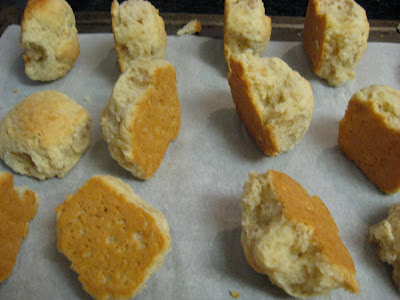 After you have dried out the biscuits, you are left with a pretty tasty little morsel. Hard as can be, maybe even dangerous to the teeth if you don't dunk them in coffee, but tasty, in a subtle fashion.

I brought some in to work and had my Dutch friend, Anneke, try them. She was impressed by how dried out they were. They are not something that she is familiar with, they were not part of her childhood.
Posted by Rosemary & Garlic at 7:50 AM 5 comments: 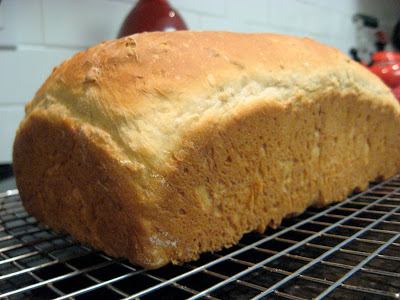 There has been a bit of a crisis in my house, no fresh bread. Or perhaps my mother being in the hospital has been the real crisis.

My mom is 88 and like most 88 year olds she has multiple health issues. She lives up the street from me in an independent senior citizen community. She ended up in the hospital for a few nights and then went on to a skilled nursing facility for two weeks. I moved her back to her apartment, with home health aids, on Tuesday.

So, this weekend it is time to address some of the deficits in my home. Things are growing the refrigerator; it is not my starters. The white tile floor is not white.

In my forever house, I will have poured concrete flooring, with swirls of color. It will be very accepting of dirt.

The backyard is overgrown, good news, that is outside, not my domain.

Because we are fluent in the rhythm of laundry, it isn't an issue. Except no one has changed the sheets on the beds for some time. And maybe there is a pile of ironing hidden away from sight.

But the crisis remains, there is no bread. And my family no longer likes the bread from the grocers. I have not baked one of the three breads for the Mellow Bakers Challenge, the miche pointe-a-calliere. The recipe takes at least 22 hours. I don't really have the time to commit to a demanding loaf of bread.

I had clipped the Oatmeal Bread recipe from the King Arthur bread flour bag some time ago and put it in my to do pile. I really enjoy oatmeal bread. I checked out the recipe to see if it was a fussy, demanding bread. "In the bowl of an electric mixer, combine all of the ingredient..." Perfect for the overwhelmed weekend baker.

I really enjoy King Arthur's blog. I would love to visit their store. I am taking my girlscouts to Boston this summer. I've considered proposing a side trip to Vermont to look at flours. We are from Texas, we have different acceptable driving distances for side trips from much of the US. If we divided up everything I bought among everyone's luggage I am sure it wouldn't be too heavy. Unfortunately, we are a democratic troop, I think that I would get voted down. 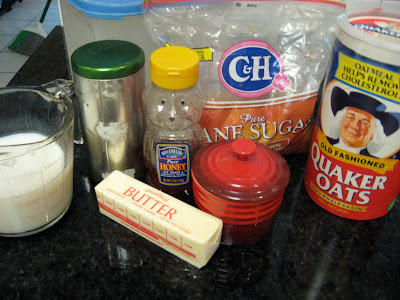 I moistened the yeast on the milk, which is not on the recipe that I clipped from the bag, but is on the linked recipe. Then I dumped everything into the bowl, combined and kneaded by machine for 5 mins. It was allowed to ferment for one hour. 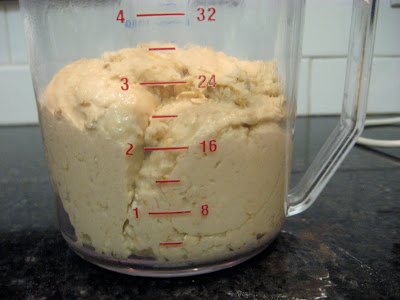 After an hour, I shaped it and put it in my large loaf pan. After another hour I baked it. Just what the house needed, an absolutely delicious aroma and fresh bread.
Posted by Rosemary & Garlic at 7:34 AM 5 comments: 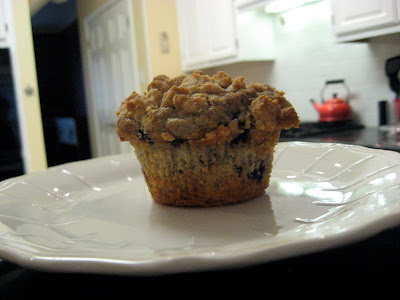 The Modern Baker Challenge is baking its way through Nick Malgieri's The Modern Baker. We are in the quick bread section and I am skipping some of them. There was a sign up sheet to bake and blog about the quick breads, and I jumped at the opportunity to make the spicy jalepeno corn bread.

My family is a little devoid of a sweet tooth, so I have to be careful about what I bake. The blueberry crumb muffins were described by Nick (by the way, I think that I can call him Nick since he posted a response on my blog :) He went through and read and commented on all of blogs up so far. How cool.) Where was I? oh, described by Nick as a not overly sweet, packed with blueberries, muffin.

Joe's girlfriend Dana has come to Texas for a visit. We have not been the bests of hosts. My mom was recently hospitalized and is getting a little rehab before returning to her apartment. I have spent my evenings visiting my Mom so our house is a little lacking for attention. I decided muffins were in order for breakfast to compensate for our inattentiveness.

The muffins, like all quick breads, came together quickly. Flour, baking powder, salt, and nutmeg (I substituted cinnamon) were mixed together. Butter and brown and white sugar were mixed. Eggs were added. Flour mixture and dry ingredients soon followed.

Nick recommended that you mixed the berries a little to disperse their blueberry goodness. I used frozen blueberries. 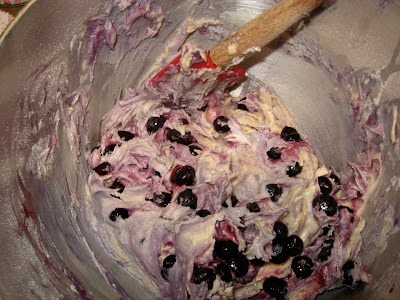 This makes a tasty muffin. Enjoyed by everyone who is up so far.

Dana and Joe have been photographing some of Texas' beauty. We are having an amazing wildflower season. I thought that I would share, with Dana's permission of course. 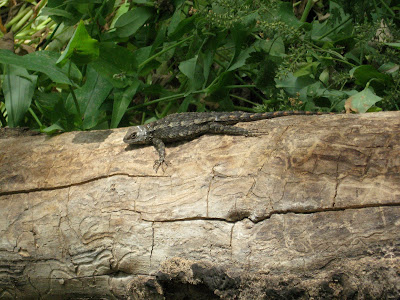 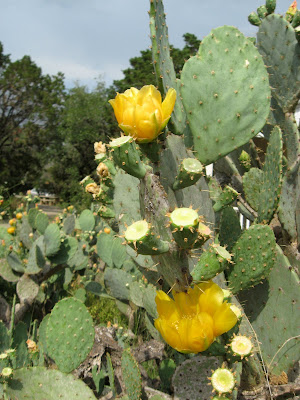 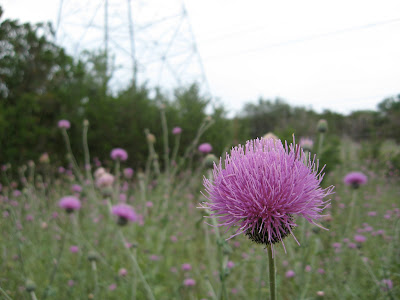 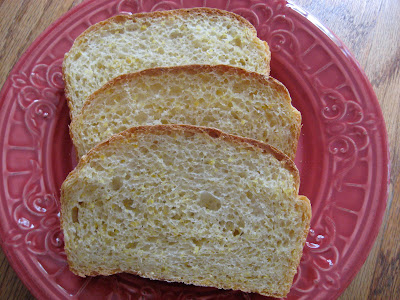 One of May's three breads chosen randomly for April's Mellow Bakers is Hamelman's corn bread. The recipe is not a quick rise, baking powder cornbread. This recipe is for a yeast bread that is made with some cornmeal (25%).

You start by making a poolish of flour, water and yeast that ferments for 16 hours. 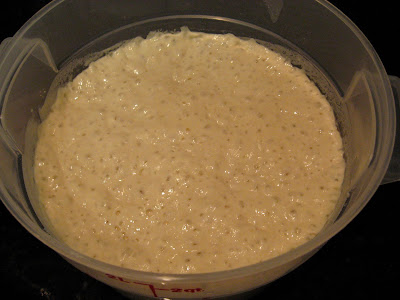 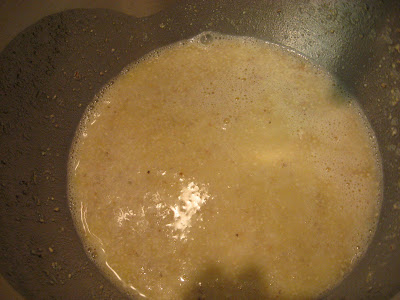 Then bread flour, salt, yeast and olive oil are combined with the poolish. 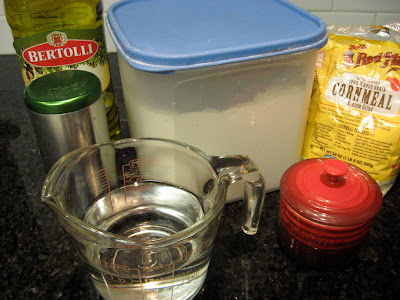 After six minutes in the mixer, I had a very supple dough. It fermented for 45 minutes, then was folded. 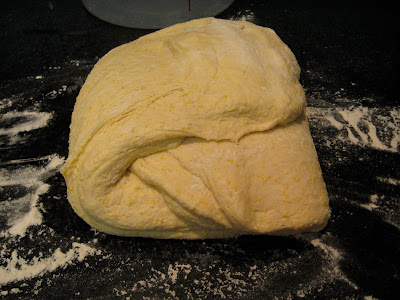 And fermented for 45 more minutes.


I divided the dough in two, let it rest and shaped one half into a boule and the other I formed into a large loaf. I have a large loaf pan that I picked up in a discount store. It has proven to be handy with some of the larger recipes.

We preferred the corn bread in the loaf pan. It made great sandwiches and tasted better as it aged.

This is a delicious bread. One that I will make again. 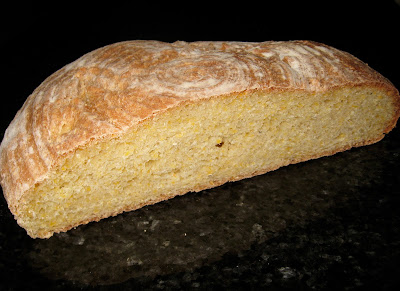 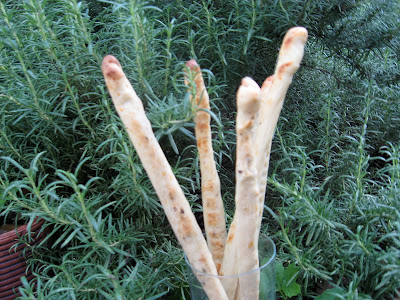 The Mellow Bakers keep baking their way through Jeffrey Hamelman's Bread. I love the idea of randomly generated bread choices for each month. You never know quite what is going to come up. Apparently we will be baking three breads a month for 23 months. I find the idea comforting.

One of May's breads is grissini, or Italian bread sticks. It is an easy bread. 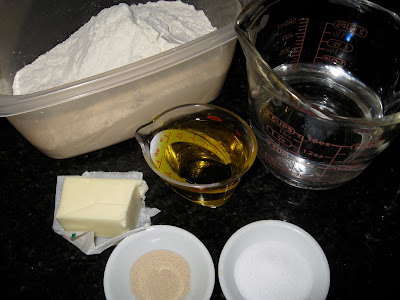 It was mixed on first speed for a few minutes and then three more minutes on second speed.

There are a number of possibilities for flavoring the grissini. I divided the dough in half and incorporated some cracked pepper and pecorino cheese in half of the dough. 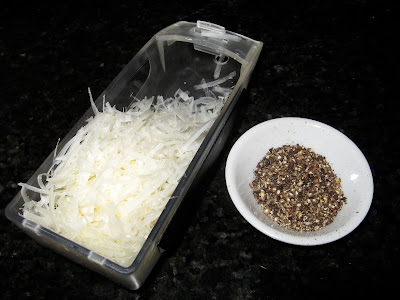 And some rosemary and roasted garlic into the other half.

I am overwhelmed by rosemary. The rains have made it grow at an alarming rate. There used to be a path between my rosemary bushes. We need to eat more rosemary. 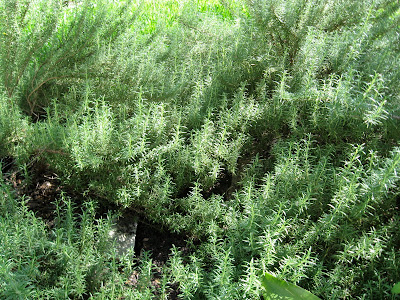 The dough was a delightful, supple dough. It fermented for an hour and then was divided into 24 pieces. They were rolled out and baked to make a delightful snack.