Spinach with a hint of lemon - FFwD

This was easy and delicious.  My husband thought I was making a salad because he walked in on this  at the beginning.  We make something similar with garlic.  I enjoyed this.  Perhaps I forgot to photography it after it was steamed... 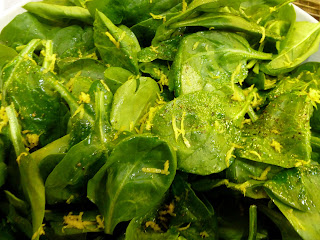 I've caught up on a few French Fridays with Dorie recipes.  We loved the cheezy crackers. 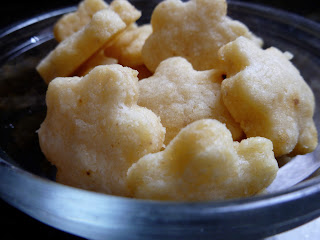 Only one family member likes seaweed in his sables. I could eat the spread every day. 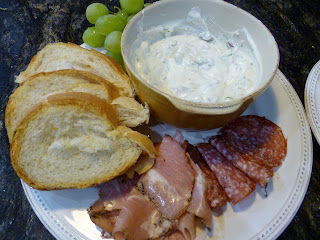 Around my French Table is indeed one of my favorite cookbooks.

This week's French Fridays with Dorie recipe was for an Ispahan loaf cake.  Ispahan is a type of rose and famed French pastry chef Pierre Hermé made some inspiring combinations of rose, raspberries and lychees.  Does that appeal to you?  Apparently, people rave about them.  Not in my house, remember they prefer their fruit uncooked.  And their roses in vases.

I considered not making this dessert because I knew that I would end up with some unusual ingredients and probably wouldn't be using them frequently.   We are not drawn to desserts,   They will eat anchovies, garlic, parsnips, snails.  I cannot fault their desire to eat all fruit raw.

The Monin bottle of rose syrup is gorgeous.  Although I went to four Middle Eastern grocery stores without success and then ordered it on line. 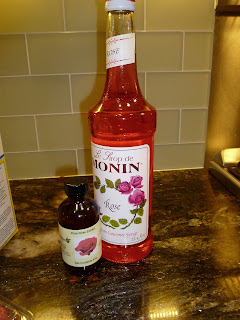 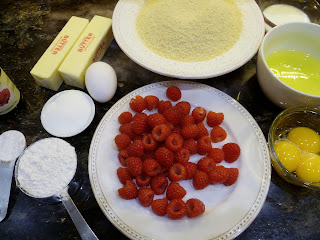 The loaf was easy to assemble. 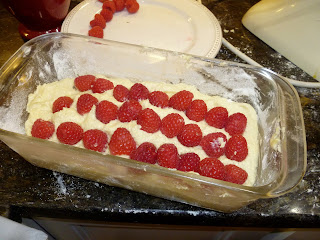 It was a fairly simple recipe.  A loaf cake.  My results however made me ponder how long I had been baking.  My mother was willing to accept all help in the kitchen.   I can remember not being able to reach the temperature controls to turn on the oven in my early kitchen experiences.  So, maybe I have been baking for 40 years.  4 decades... 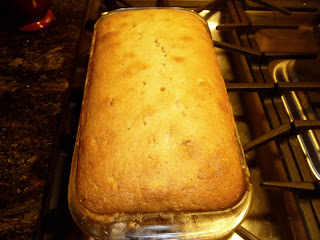 Perhaps I was somewhat distracted.  I am doing a lot of that now, distracted baking.  It doesn't always work out.

Anyway  the loaf appeared baked.  I tested it.  I remember thinking that I thought that it might take longer.  I was surprised that it was done.  You can see the hole where the skewer went in in the shot above.


When I went to take it out, disaster struck.  Clearly, the middle level was still not cooked,  hot batter and berries oozed out.  I slapped it back in the pan and put it back in the oven. 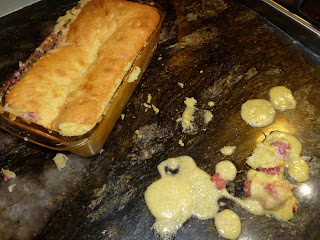 People ate it.  I may make it again to show that I can bake.  I may not.  Anyone still looking for rose syrup?
Posted by Rosemary & Garlic at 5:36 AM 23 comments:

Soup's On - French Fridays with Dorie 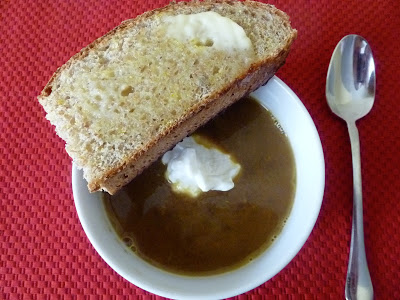 There are somethings that I want to taste simply because visually they appeal to me.  Fresh strawberries, autumn pears, a chunk of cheese, a beautifully browned baguette all would beckon to me with their beauty, even before I smelled them.  Taste me.

This orange scented lentil soup lacks visual appeal.  Mine looked like brown water.  But the smell was intoxicating.  And the taste was delicious.

It started out with onions, carrots and celery sauteing in olive oil.  I added brown vegetable broth, but I don't think the alternative chicken broth would have really perked things up.  French green lentils, coriander seeds, pepper corns, one clove , some orange peel and some ginger were simmered for an hours.  After seasoning with salt and pepper I so enjoyed this soup with a piece of crunchy bread.  I really enjoyed the hints of ginger in each spoonful.

I am glad that I made this week's French Fridays with Dorie.

Last week I made the cheesy crème brulee  but didn't post.  We were not wowed by it.  We are not custard fans.  It tasted good, but I'd rather eat the cheese by itself. 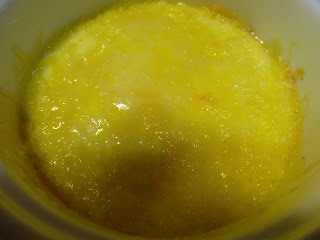 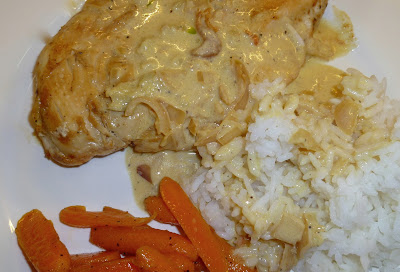 When I read that we were doing Chicken Breasts Diable for March's first French Fridays with Dorie I got a little excited.  My husband loves anything that the Italian's cook fra diavolo, however I quickly learned that the French and the Italians have different ideas of spicy.

The French use mustard.  We had been forced to throw out many of our condiments when we moved.  Luckily, I had picked up a bottle of my favorite Dijon, boasting 260 years of expertise. 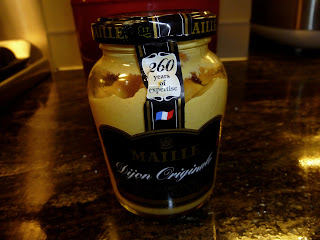 This ended up being a delightful meal.  Easy to prepare and enjoyed by all. 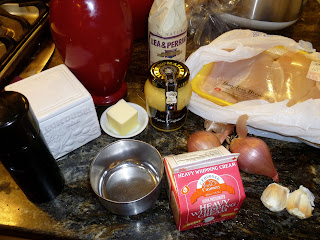 I was very exited that the sauce needed some dry white wine.  I needed an excuse to leave the house on another wintery day to buy a bottle.  It was chilling in the fridge and missed the photo op.

Chicken breasts were pounded and sauteed in olive oil and butter.  Then they went into the oven to stay warm.    Garlic and shallots were sauteed in the pan, a little wine was added and the brown bits were scraped into the sauce.  Cream, mustard and Worcestershire sauce were combined to make a delicious sauce.  One that I am sure that we will return to again. 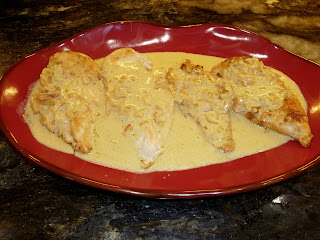