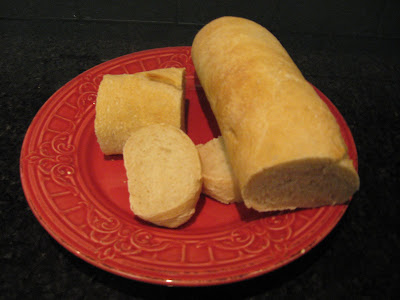 This was not my favorite loaf. I prefer the french bread recipe or the pain a l'ancienne. We had them that night with pasta and they did not fly from the table as some of the other breads have. Maybe we are breaded out. Or maybe the adults realize Thanksgiving is coming. We need to pace ourselves.
Posted by Rosemary & Garlic at 4:19 AM