My Go To Beef Daube - FFwD 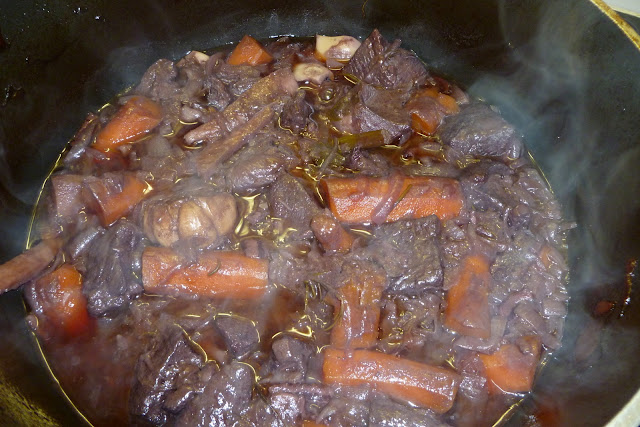 The great thing about the second part of December is that I have had sons home from college.  My sons are willing sous chefs.  They will peel, chop and stir if I promise to feed them at the end of the day.  And then they will eat everything in the house!  I will miss them when they go back to college..

Dorie says that we all need a great beef stew recipe.  This certainly was easy and delicious.  Bacon was sauteed in the dutch oven and then beef chuck roast was cubed into 2 inch cubes and browned and removed.   Onions and shallots were sauteed for 8 mins.  Then garlic, carrots, parsnips and herbs were added to the pot.   It cooked for 2.5 hours in the entire bottle of wine and made the house smell delicious.

We made this on a cold, wet, rainy day.  It was just the recipe for the weather.  Now I need to find another bottle of wine to sacrifice for future stews! 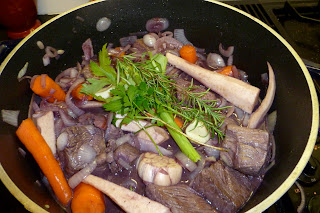