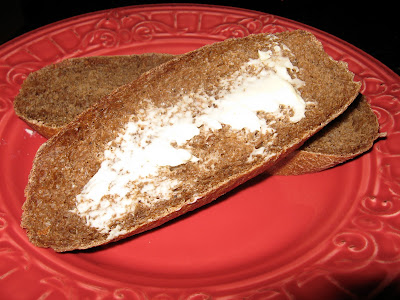 One of the breads for June in the Mellow Bakers Challenge is Beer Bread with Roasted Barley. Hamelman says that husked malted barley is easy to find in beer-brewing stores. My beer-brewing stores referred to it as dehusked barley. Apparently, there are many varieties of barley. My local store had a dehusked, already roasted dried barley called carafa II malt. There is another store on the other side of town that has more varieties of barley, I may have to visit it. The roasted barley is very dark. I tasted it and it was not bitter. 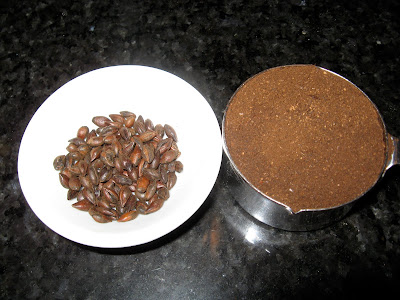 The bread starts off with a polish made with equal parts of bread flour and water and only 1/8 of a teaspoon of yeast. I am always impressed at what such a small amount of yeast can do. The final dough includes the poolish, bread flour, whole-wheat flour, beer, water, salt, yeast, malted barley.

This is a bread full of choices. What kind of barley, what kind of beer. I decided to try a lager for the beer. 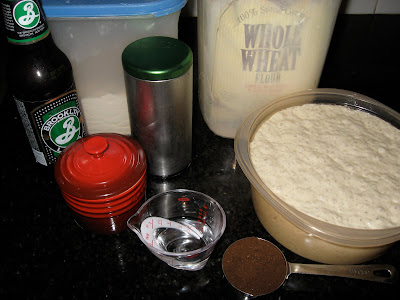 All of the ingredients were weighed out. Again, Mr. Hamelman please use metrics. Those .6 oz are a little challenging and the fractions make me feel old, my eyes are failing. 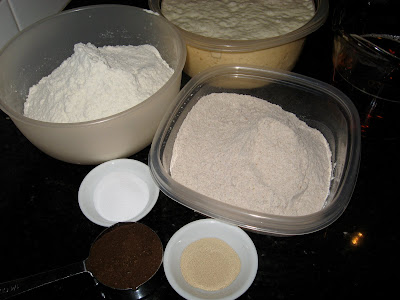 The ingredients were put in a mixing bowl. I blended the flours, salt, yeast and barley and then added the poolish, beer water mix and turned it on and slopped beer all over my pajamas. Note to self, mix with spoon in the future. 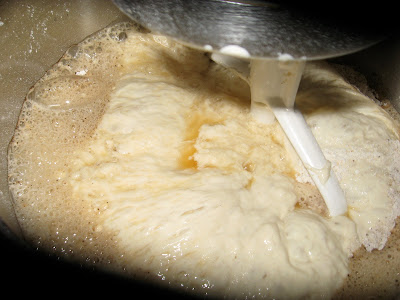 The bread was mixed for six minutes and then left to ferment for two hours with a fold after one hour. I needed to add a little more flour and questioned if I should have added more. 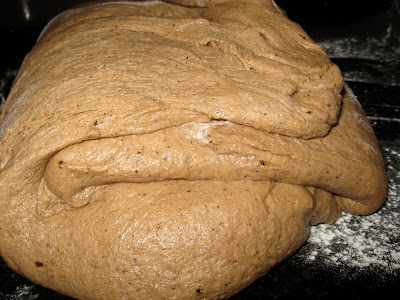 At this point, I am a little worried about the dough. It is still pretty wet. The question is is it modernly loose hydration? I shape it and divide into two. At some point, I will buy another bannetone. I shaped one into a boule and one went into the bannetone and they were left to rise for an hour. 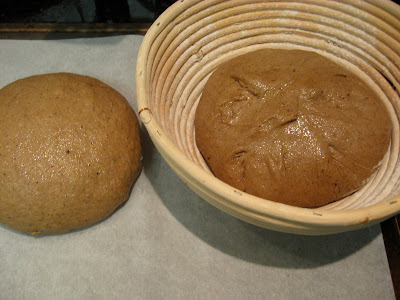 After about 70 mins, the boules were baked. The loaves only took 30 mins until they were done. They had a delightful crust and a complex flavor. I have never baked with barley or beer. I can't wait to see what my fellow mellow bakers think of this, I think that there will be a lot of variables, what kind of barley, what kind of beer. I wonder what the verdict will be.
Posted by Rosemary & Garlic at 5:27 AM