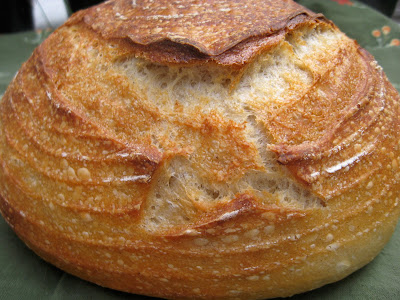 The June breads have been listed in the Mellow Baker's challenge. They include Vermont Sourdough, Pizza Dough and Beer Bread with roasted barley. We are out of bread, so I decided to make the Vermont Sourdough.

I took my starter out of the refrigerator and refreshed it a couple of times for two days. One of my sons has returned for the summer. He has been out of the house for several years rowing at college or working or some bizarre combination of the two. I overheard my husband explaining to Matt that he shouldn't throw out any slimey things that he finds on the counter, "they probably belong to Mom and are going in bread." Matt seemed agreeable to the idea, especially since bread was the endpoint.

I made the liquid-levain build 16 hours before I thought that I would use it. Bread flour, water and starter were combined, covered and happily bubbled away. I had to go to work on Saturday for a work day. Friday was the last day for school for the students but the staff had to come in half day work day on Saturday.

The day was to end with a 45 minute presentation by the superintendent. 90 minutes later, I was worrying about my levain. No worries, I finally got home, it still looked happy. I added the bread flour, rye flour, and water. Mixed it together. Let it stand for an autolyse phase for 30 mins. Then added the salt, mixed and fermented for 2.5 hours with a fold at 90 mins.

I shaped the bread into two boules and stuck it in the refrigerator and started the summer by heading off to Shakespeare in the Park.

This morning, I baked the delicious bread and everyone in the house will be happy when they come down the stairs.

I will try the other variations of this delicious bread. 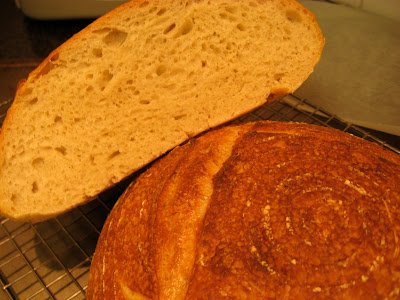