I started by making some preserved lemons.  We use a Cooking Light recipe and really enjoy having these in the refrigerator. 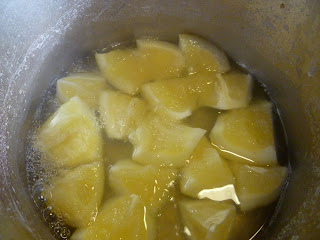 I decided to served the fish with the tomato sauce.  It was quite tasty and easy to make. 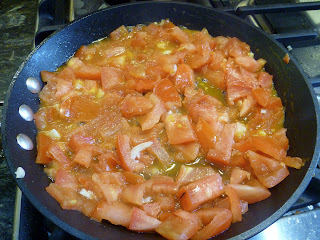 I cracked the eggs and ever hopeful Murphy in her spring hair cut came running.  She loves the sound of eggs cracking. 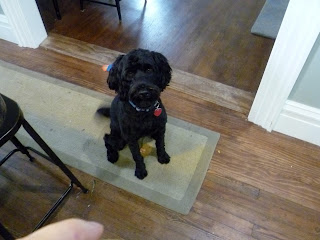 I pureed the lovely cod and made the spinach stuffing and formed the roulades.  We liked them, however my husband and I both felt that sauteing the cod and steaming the spinach would have been just as tasty. 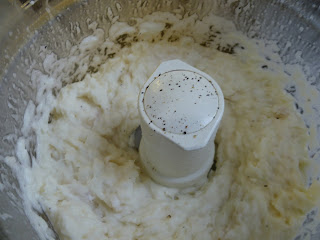 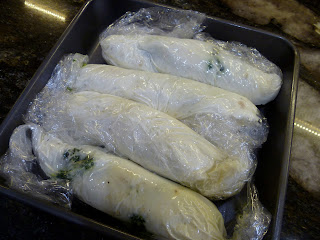 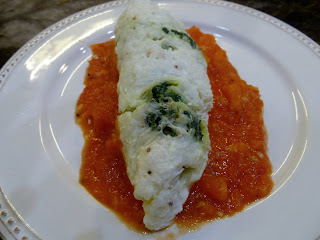 Sometimes I feel like I am running a flophouse.  Our gradschool engrossed overspring sometimes shows up to eat leftovers.  He put the fish in next week's swiss chard pancakes (which I will make again and again)  and covered them with the tomato sauce and declared it one of the best things I've made so far.

This is one of fun things about the challenge.  I did it, we ate it, we enjoyed it.  I won't be doing it again.