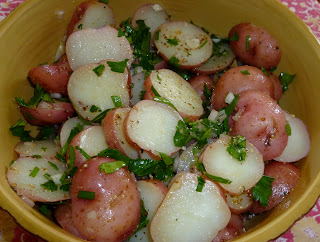 Jami Sorrento was our June Daring Cooks hostess and she chose to challenge us to celebrate the humble spud by making a delicious and healthy potato salad. The Daring Cooks Potato Salad Challenge was sponsored by the nice people at the United States Potato Board, who awarded prizes to the top 3 most creative and healthy potato salads. A medium-size (5.3 ounce) potato has 110 calories, no fat, no cholesterol, no sodium and includes nearly half your daily value of vitamin C and has more potassium than a banana!

We have a couple of potato salad recipes that we like, but I have been intrigued for some time by the idea of a french potato salad.

French potato salad is made by boiling sliced potatoes and coating them with a dressing while the slices are still warm.


I used a recipe from The New Best Recipe Cookbook.   Red potatoes were sliced and boiled in salted water. 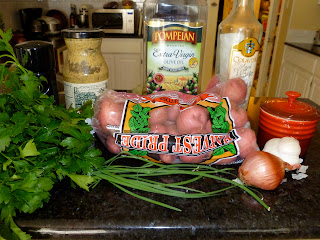 When they came out of the water, they were coated with a dressing made with mustard, wine vinegar, 1/4 cup of the water from the boiling potatoes, olive oil, garlic and pepper. 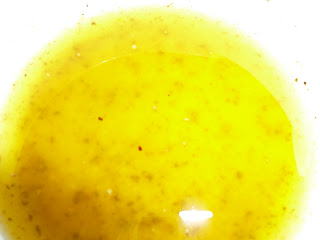 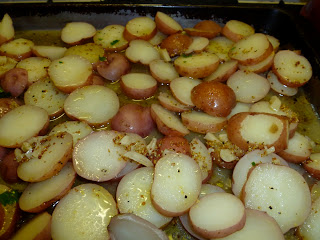 and then tossed with parsley, chives and shallots. 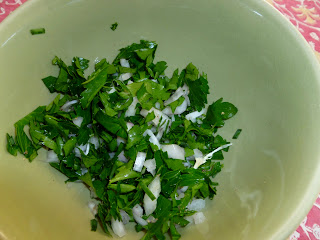 This was a delicious, easy recipe.