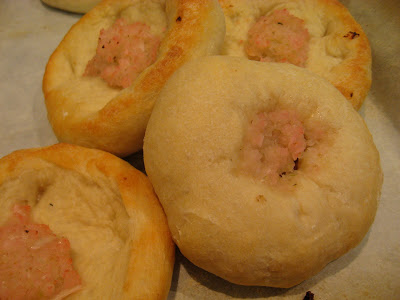 Here is the big difference. Glezer's recipe called for the same finely chopped onions without the bread crumbs. The onions are mounded and cooked in a 350 degree oven for an hour, caramelizing them before putting them in the bialys. I much preferred the flavor of the caramelized onions.
Posted by Rosemary & Garlic at 3:42 PM